The recent approval of two antibody-drug conjugates (ADCs) has reinvigorated the approach of safely delivering small molecule cytotoxic agents using targeted monoclonal antibodies. The pharmaceutical industry is rapidly developing and evaluating ADCs that include novel antibody targets, cytotoxic payloads and molecular linkers. Scott Dalgliesh reports from a session aimed at familiarising pharmaceutical scientists and pharmacists with the potential of and challenges to developing and utilising anticancer ADCs. 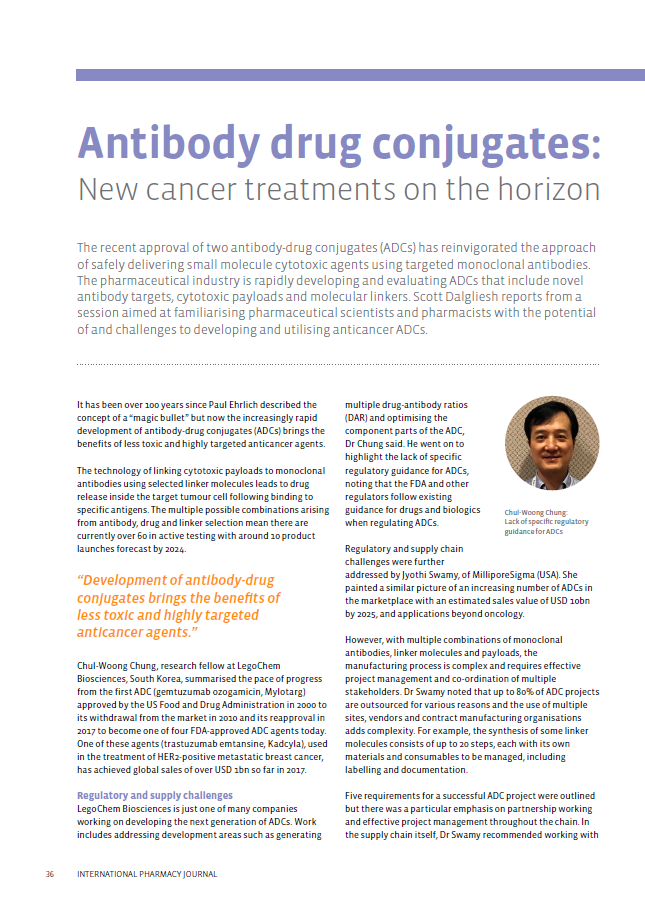 It has been over 100 years since Paul Ehrlich described the concept of a “magic bullet” but now the increasingly rapid development of antibody-drug conjugates (ADCs) brings the benefits of less toxic and highly targeted anticancer agents.

The technology of linking cytotoxic payloads to monoclonal antibodies using selected linker molecules leads to drug release inside the target tumour cell following binding to specific antigens. The multiple possible combinations arising from antibody, drug and linker selection mean there are currently over 60 in active testing with around 10 product launches forecast by 2024.

Chul-Woong Chung, research fellow at LegoChem Biosciences, South Korea, summarised the pace of progress from the first ADC (gemtuzumab ozogamicin, Mylotarg) approved by the US Food and Drug Administration in 2000 to its withdrawal from the market in 2010 and its reapproval in 2017 to become one of four FDA-approved ADC agents today. One of these agents (trastuzumab emtansine, Kadcyla), used in the treatment of HER2-positive metastatic breast cancer, has achieved global sales of over USD 1bn so far in 2017.

LegoChem Biosciences is just one of many companies working on developing the next generation of ADCs. Work includes addressing development areas such as generating multiple drug-antibody ratios (DAR) and optimising the component parts of the ADC, Dr Chung said. He went on to highlight the lack of specific regulatory guidance for ADCs, noting that the FDA and other regulators follow existing guidance for drugs and biologics when regulating ADCs.

Regulatory and supply chain challenges were further addressed by Jyothi Swamy, of MilliporeSigma (USA). She painted a similar picture of an increasing number of ADCs in the marketplace with an estimated sales value of USD 10bn by 2025, and applications beyond oncology.

However, with multiple combinations of monoclonal antibodies, linker molecules and payloads, the manufacturing process is complex and requires effective project management and co-ordination of multiple stakeholders. Dr Swamy noted that up to 80% of ADC projects are outsourced for various reasons and the use of multiple sites, vendors and contract manufacturing organisations adds complexity. For example, the synthesis of some linker molecules consists of up to 20 steps, each with its own materials and consumables to be managed, including labelling and documentation.

Five requirements for a successful ADC project were outlined but there was a particular emphasis on partnership working and effective project management throughout the chain. In the supply chain itself, Dr Swamy recommended working with partners with strong quality systems and a track record of successful regulatory inspections and filings to minimise any potential issues. Other issues, such as standardised platforms across different products and standardising equipment, can be optimised through successful engagement at all levels. The final key message was that even if many steps are coordinated and the number of sites or vendors is minimised, communication is still critical for success.

Don Mager, professor of pharmaceutical sciences at the University at Buffalo, State University of New York, presented the pharmacokinetic and pharmacodynamic (PK/PD) considerations associated with the use of ADCs, particularly how developing mechanistic models and translating data from animal models has the potential to enhance efficacy and identify the time course of some adverse reactions.

According to Professor Mager, the data show that conjugating the drug increases clearance and that the naked (“non-drugged”) antibody has the lowest clearance. Increasing the drug-antibody ratio (DAR), i.e., the amount of payload drug per antibody, shows higher rates of clearance. Efficacy begins to decline at higher DARs and therefore optimum efficacy occurs with a DAR of 4. Higher DARs lead to more complex models with each deconjugation being a separate stage in kinetic models developed to estimate overall clearance. A separate rate constant was estimated for each step and the majority of these in a pre-clinical model by Leipold et al were clustered around 0.35 day-1 with notably different rates for the first and last deconjugations.

Target binding of ADCs is significant in distribution/ elimination. One explanation offered by Professor Mager is that drug-mediated disposition plays a role where clearance appears enhanced due a higher number of targets (i.e., tumour cells) and this is an important factor in evaluating the response in patients.

Professor Mager also showed how the PK data could be used in combination with molecular imaging to identify presence of the specific target as a two-stage approach with the benefit of identifying those patients unlikely to respond to the specific ADC, thereby avoiding unnecessary therapy and maximising use in patients likely to respond.

An experimental approach suggested that using a combination of both the ADC at a clinical dose alongside the trastuzamab at increasing dosage improved the penetration of ADC and elevated concentrations inside the target cells.

The future success of these magic bullets relies on new developments, new combinations, effective management of supply chains, and the application of clinical insights from animal and human modelling translated into targeted treatment regimens. The information presented by these leading colleagues at the FIP congress suggests the profession is on track to realise Ehrlich’s vision. 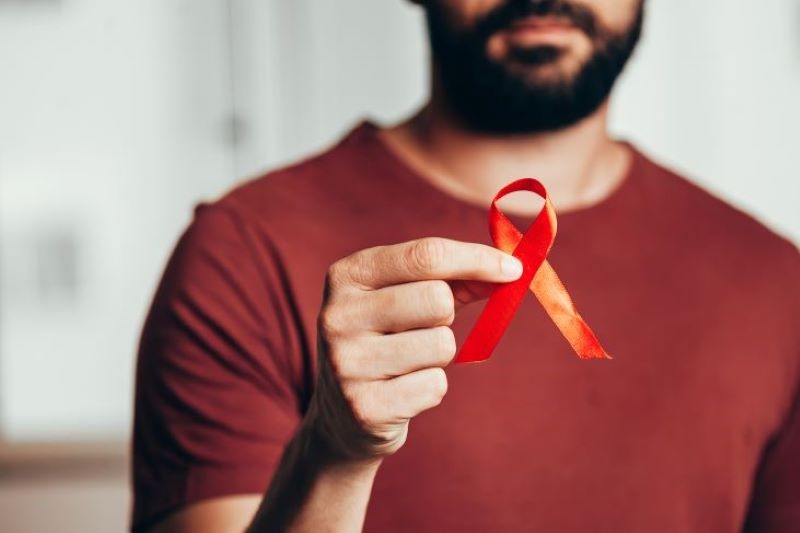